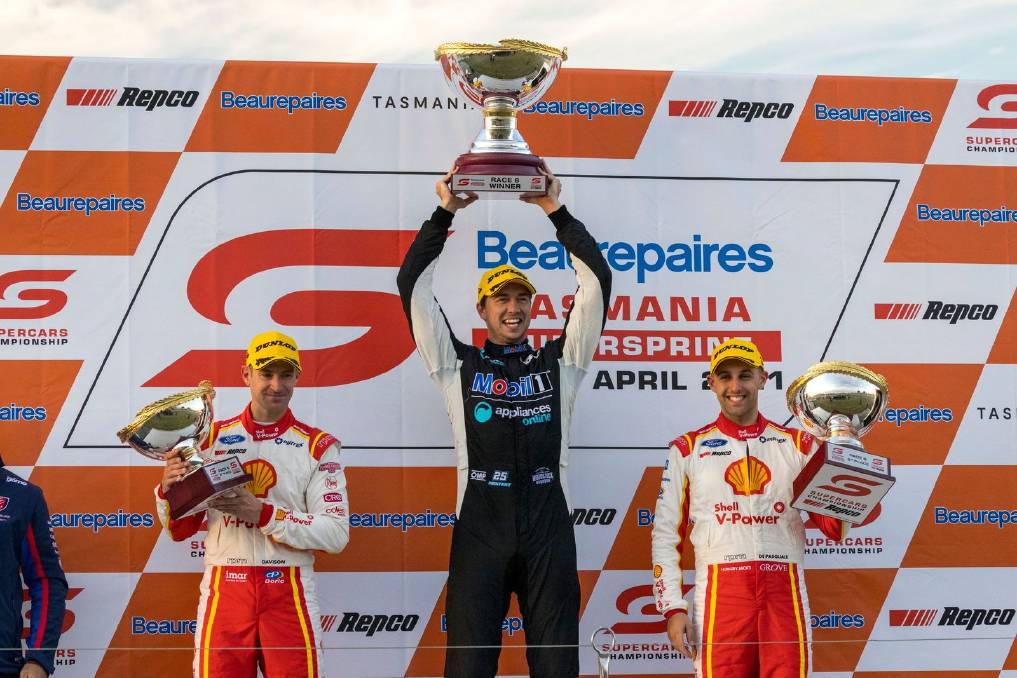 Chaz Mostert has broken his two year drought of Supercars wins with his first-ever Symmons Plains victory, to wrap up the Tasmanian round.

It was his first victory in a Commodore in the third and final race of this year's Beaurepaires Tasmania SuperSprint.

Mostert took the lead mid-race and went on to win by a ten second margin from his nearest rival.

Speaking after his win, Mostert said there was plenty of fine tuning involved in getting him to cross the line first.

"We obviously struggled a little bit in race one and two with the tyres and stuff, but we ran a different tyre strategy in that last one, I think we might have missed the mark a little bit in the first two," he said.

"Car balance was really good, coming in and taking those two tyres, and yeah it was obviously pretty pacey at the front."

Jamie Whincup won Sunday's earlier race, after Shane Van Gisbergen equalled the record of six wins from the first six races of the season on Saturday.

Following the weekend's results, van Gisbergen now leads the Championship by 139-points ahead of Whincup in second.

Mostert is in third place, while his good friend and close rival Cam Waters is in fourth.